How a travel career break inspired a new clothing business

Ashly and Carlos quit their corporate jobs in renewable energy and finance to take a trip-of-a-lifetime around the world. On a journey that lasted nearly ten months, they visited 22 countries across five of the world’s continents. After arriving back home with a fresh perspective, Ashly realised a life-long dream by launching her own clothing line.

In this interview, Ashly and Carlos talk about their motivation for taking the trip, the experiences along the way, the difficulties in returning home afterwards, and how it has ultimately changed their lives.

Ashly and Carlos kept track of what they spent on their trip, and are now helping other travellers to plan budgets. You can read their blog Happy Nomad Couple, see their videos on YouTube, and connect with them on Facebook and Instagram.

What were your career situations before taking a travel break?

Carlos worked as a finance manager for an arena in Las Vegas and Ashly worked for the local power company as a renewable energy analyst.

Why did you decide to take a travel career break?

We were both unhappy with our corporate jobs and knew something had to change. We met a couple who were traveling for an extended period while we were on vacation in Thailand in 2016, and it put the idea into our heads.

We figured this career break and opportunity to see the world would be a great way to restart our young adult lives before we fell deeper into the hole of our unfulfilling corporate careers.

How did the people in your life – friends, family and workplace – react to the decision?

People were either really excited for us, or really fearful for us. Lots of family and friends realised this was what we really wanted to do and that we had the means and the ability to do it, so they supported us – although they knew they would miss us.

But there were a select few who thought it was a reckless decision. Quitting our lucrative jobs, “throwing away” thousands of dollars, potentially putting ourselves in dangerous situations by going to countries they deemed unsafe, etc.

But overall, we would say the reaction was positive.

How did you approach the situation at work – did you ask for sabbaticals or did you just quit?

We both just quit. We knew we didn’t want to return to the same positions, so asking for a sabbatical would have negated the point.

What were the biggest challenges in preparing for your career break?

The biggest challenge was probably just preparing mentally. Ashly is a planner so she loves planning the itinerary, the budget and the visas, but the tough part was coming to terms with the fact that we were going to be leaving our dogs for nine months, not seeing family for holidays, not having steady paychecks for the first time in our adult lives, natural worries and the ‘what if’ scenarios that run through your head.

Those things were more stressful than anything else.

Where did your adventure take you, and were there any stand-out experiences?

We had so many amazing experiences throughout the trip, but some stand-out ones would be our four-day Inca jungle trek to Machu Picchu, road-tripping the coast of South Africa ending with three days of self-driving through Kruger Park on safari (the most amazing thing we’ve done!), floating on the Ganges River in India, staying in a hotel across from the Egyptian Pyramids and waking up to eat breakfast on the terrace directly in front of them (for $35/night!), taking a 38-hour bus ride to Laos, and celebrating the New Year at Sydney Harbour after waiting there for 18 hours and getting a front row view of the fireworks! And honestly, there are so many more I didn’t list.

Was it difficult to readjust to life after returning home from the big trip? What were the biggest challenges?

It was super difficult to readjust to being home. You just change and grow so much while you’re away, and then you come back home and everything is exactly how you left it.

People don’t really relate to your experience and you just feel like you’re bragging if you tell them too much. So you don’t talk at length about your trip even though you want to tell everyone all these amazing things you did.

The biggest challenge is just getting out of the rut of being back in one place. You sort of get used to moving so frequently and constantly being introduced to new places and new people, that being home just feels so bland and you kind of fall into a mini depression after the initial excitement of being home wears off.

It’s hard to get back into a routine that doesn’t involve living your life nomadically.

Have you made any major life changes as a result of the experience?

The most notable change has probably been that Ashly has pursued her dream of starting her own clothing line. And she’s mixing it with her passion for travel. She has launched SPLICE clothing, a line of reversible clothing for travellers to help them pack light and adventure easy.

“Once you build up enough courage to quit your job to travel the world, you pretty much feel like you can do anything.”

She had always dreamt of being an entrepreneur, but never had the courage to take the leap. But once you build up enough courage to quit your job to travel the world (somehow this was easier than quitting your job to become an entrepreneur), you pretty much feel like you can do anything. So after returning home from our round-the-world trip, she started going to work on her dream.

What has been your career direction since returning home?

Carlos went back to the corporate world, but at a different company and in a different type of role. He has a much better work/life balance than he did before we went on our trip.

Ashly’s career has changed completely, as now she has launched her own business that was completely inspired by our trip.

What are your plans for the future?

Of course, we still have plans to travel. In fact, we just visited two Wonders of the World in 2019, and we saw four while on our round-the-world trip. So this year, we’re planning to see the last one (Chichen Itza)! And then in 2021, we’re hoping to take a trip to the only continent we haven’t been to – Antarctica!

Besides travel, Ashly has plans to grow her clothing line and start working on our travel blog, Happy Nomad Couple, again this year. We are also starting a media company and have plans to dive into real estate investing.

Carlos plans to continue working his corporate job, gain more experience in his field, and eventually go out on his own as a consultant. We’re hoping to someday take another extended trip and also live abroad.

What did you learn from taking a travel career break that you would never have learned otherwise?

We learned how to go with the flow more than anything. Things go wrong all the time and you can’t make plans too far in advance, or else you’ll miss out on super cool experiences.

So it taught us to trust in the world, that there are kind people everywhere, and how to work together as a team to problem-solve. We grew so much closer by having this experience.

What advice would you give to other people who are considering taking a travel career break?

We would definitely say to have a rough plan, but that’s it. Leave it rough. Meet other travellers and locals and let them give you advice and tips about where to go next.

Some of the best places we went on our trip were places we had never heard of, but visited due to a recommendation. And do your research about any country before you go – particularly regarding visas! We always use the Travel.State.Gov site to vet out the places we want to go.

But overall, be vigilant, but relax and have fun too.

Ready to start planning your own travel career break? You can start now with our ultimate guide. For more inspiration, check out more of our interviews with career break travellers. 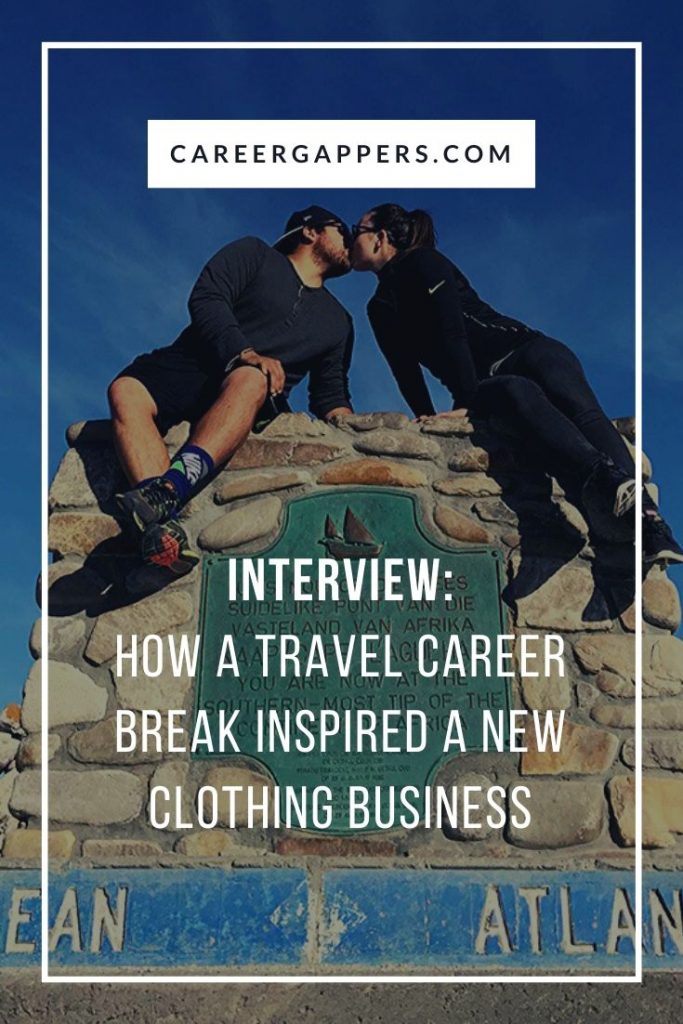