Travel food to cook at home: 5 international dishes to try

One of the best parts of travel is food. There’s something so powerful about tasting something strange and delicious while in a foreign land. Whether enjoying a tasting menu at a Michelin-starred restaurant or snacking on grilled meat from a street cart — the food you eat is often a highlight of your trip. For many, the food alone is the reason for travel.

Unfortunately, life doesn’t always allow for travel. But that doesn’t mean you can’t still enjoy some tasty treats from abroad. With a little bit of effort, you can prepare some of those wonderful flavours in your own kitchen.

Here are five of our favourite foods from around the world that you can easily cook at home.

This is the only one on the list that takes any real effort. That said, the outcome is worth every minute. Sarmale are the Romanian version of cabbage rolls; a common staple in Central and Eastern Europe. Cabbage rolls are, in essence, brined or pickled cabbage leaves stuffed with a rice or meat-based filling that are baked in a tomato sauce.

Typically, cabbage rolls are served as a side, often used as filler alongside roasted meat or grilled sausages. And the tomato sauce is usually little more than a bland puree. Regular cabbage rolls occasionally end up lacking any real depth.

However, unlike more common varieties, Romanian cabbage rolls are complex and full of flavour. As well, they regularly take centre stage as the main course.

What makes sarmale so good?

Sarmale make this list not only because they’re delicious but because they’re so different from other cabbage rolls. Instead of the sometimes bland rice-filled kind, these are packed with juicy, flavourful pork.

Ground pork, fragrant dill, fresh parsley and just enough rice to hold it all together are mixed and rolled tightly in a sour cabbage leaf. The bundles are then cooked in a sauce of smoky bacon and juicy tomatoes. The final product is a perfect balance of sour and savoury with a flavour unlike anything else. 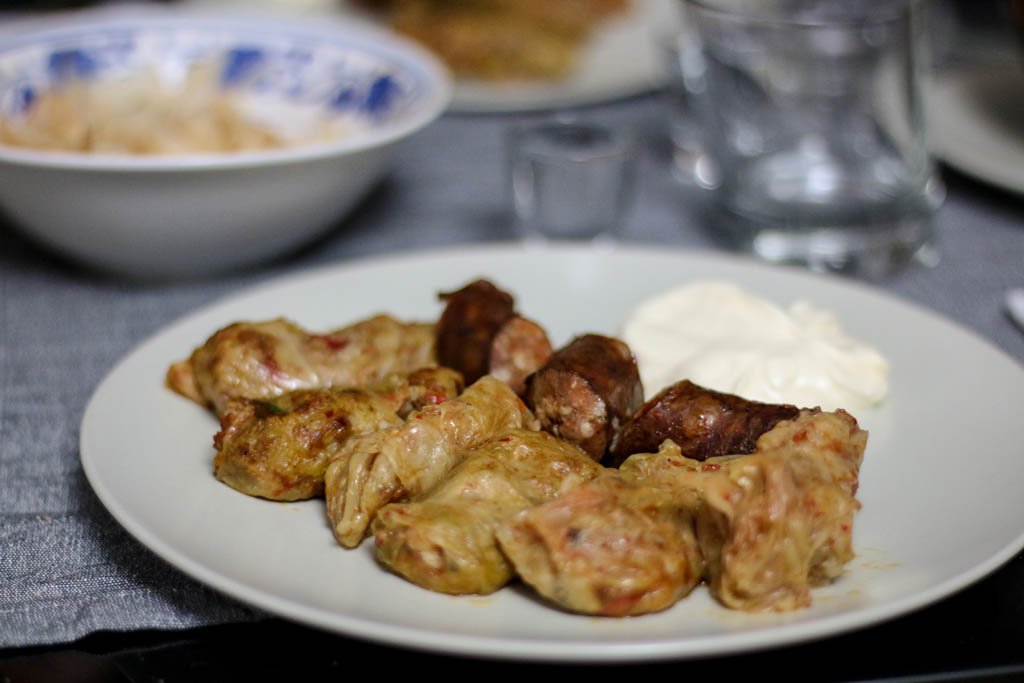 Turn on the barbecue, because this Argentinian “steak sauce” is going to change the way you eat from the grill. Forget that brown stuff you’re used to squeezing from a bottle; chimichurri is on another level.

Sometimes referred as ‘Argentinian pesto’, chimichurri is much more related to salsa verde — the Italian version, not the Mexican. Confused yet? Don’t worry. All you need to know is that chimichurri is unique in its own delicious way.

This fresh salsa pops with the sharp tang of vinegar, pungent garlic and a little kick from chilli peppers. The whole thing is rounded out with a refreshing burst of Italian parsley.

Why is chimichurri so good?

There are two reasons this is the ideal way to enjoy the flavours of South America in your own home.

First, it’s ridiculously easy to make. So much so that you likely have most of the ingredients in your pantry right now. All you need to make chimichurri is olive oil, red wine vinegar, garlic, chilli flakes, ground cumin, oregano and flat-leaf parsley. That’s it, nothing fancy.

The other reason this sauce is so amazing is its versatility. It goes on almost anything you would grill or roast. Drizzle it over steak, pork chops, roast chicken or seafood of all kinds. Even a platter of grilled veggies will be transformed by this bright and powerful sauce.

So head out into the garden and fire up that grill! 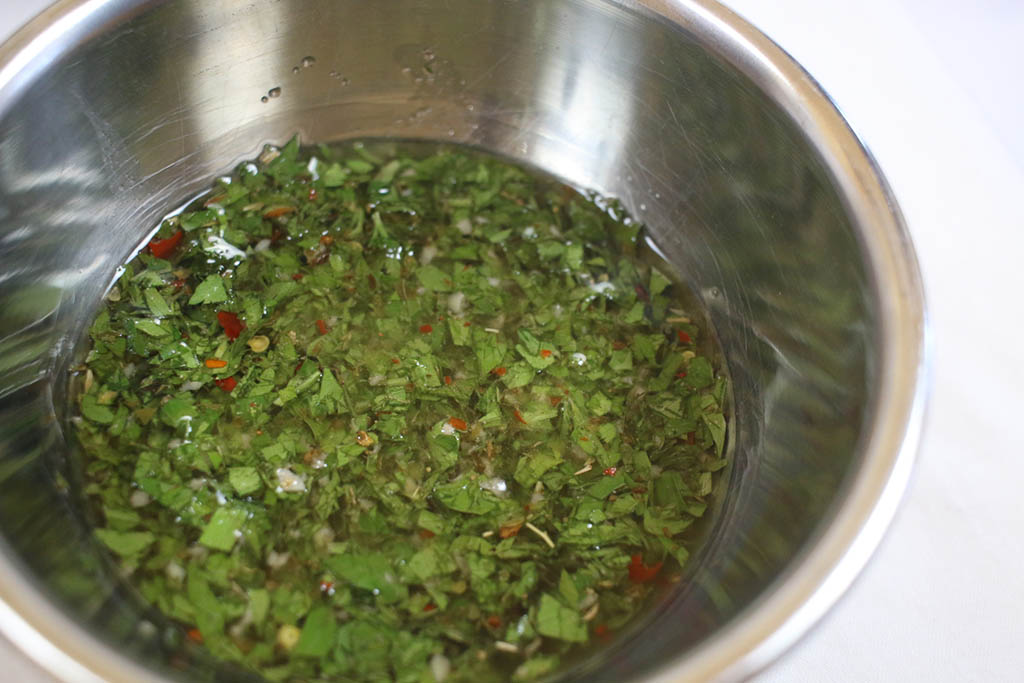 The cuisine of Thailand is one of the greatest on earth. Its perfect balance of salty, spicy, sour and sweet is complex in flavour yet relatively simple in preparation. However, recreating this spectrum of taste outside of Southeast Asia can be challenging. The region is home to some of the most incredible and unique ingredients in the culinary world.

That said, even without access to a well-stocked Asian market, you can still enjoy the vibrant flavours of Thailand at home.

Curries are a staple of Thai cuisine and can be found across the country in varying forms. And while they are similar in concept, they differ significantly from the more well-known curries of India. Thai curry is typically much lighter and often involves coconut milk and lime. As well, fresh herbs and chilis are usually used as a base, rather than spice blends as is common elsewhere.

Why are Thai curries so good?

For the sake of simplicity (and availability), let’s focus on the two most common types of Thai curry: red and green. Both of these curries are incredibly fragrant and pack a punch when it comes to heat. So if you’re not a fan of spicy food, you might want to hold back with these.

The two essential ingredients in these dishes are coconut milk and curry paste. Any decent supermarket or Asian grocer will have red and green paste available. If you aren’t able to find it, Mae Ploy is one of the tastiest and is available on Amazon.

Simply fry up some chicken or pork and a few of your favourite veggies, stir in a bit of the paste. Finish with a bit of coconut milk and you’re done! The delicious taste of Thailand right in your home kitchen. 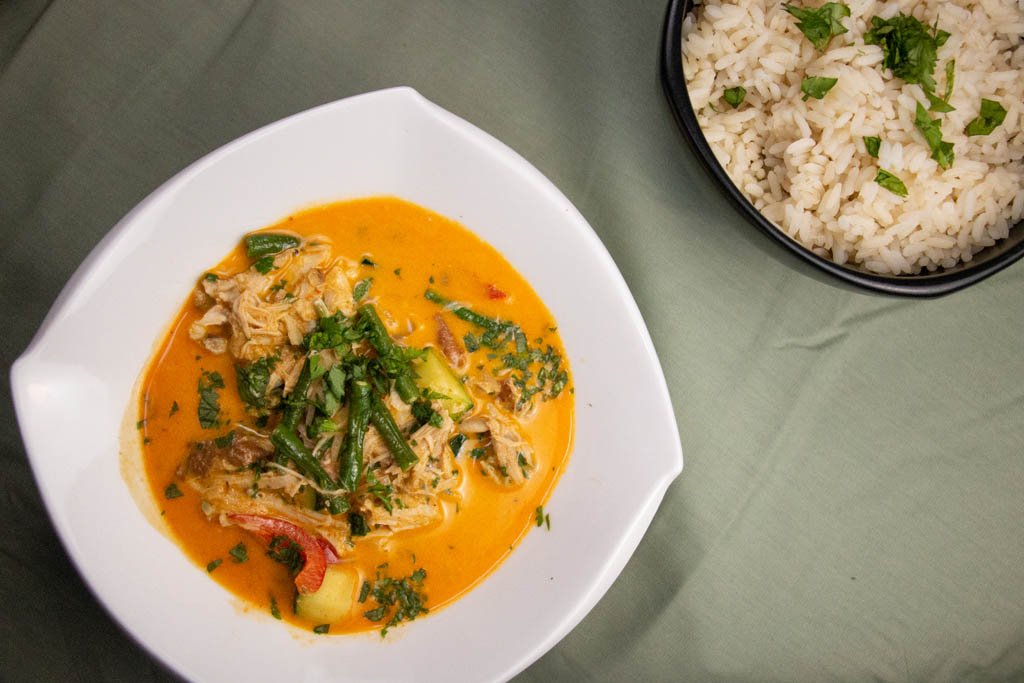 Over to India now, and one of the simplest recipes from its often complex cuisine. Dahl is a vegetarian dish of lightly spiced, stewed lentils that take on many roles. Sometimes it’s a small part of a larger meal. Other times — often at breakfast with flatbread — it is the meal.

Unlike a lot of Indian food, which varies significantly from region to region, red lentil dahl is found relatively unchanged across the subcontinent. And while dahl technically refers to lentils in general, the term is widely used to describe the dish in question.

Why is red lentil dahl so good?

Dahl is one of my favourite recipes to cook at home, not only for its versatility but also its simplicity. As far as authentic Indian recipes go, it doesn’t get much easier.

Lentils, usually red or orange, are simmered in a broth with a few simple vegetables and spices, and finished with an extra kick of aromatics before serving. The result is a delicious, warming comfort food that can be enjoyed any time of day.

Another bonus is that this is a vegan-friendly dish, and is a staple for the millions of Buddhists and Hindus eating a plant-based diet. Simply swap the butter for oil and you’re in the clear. 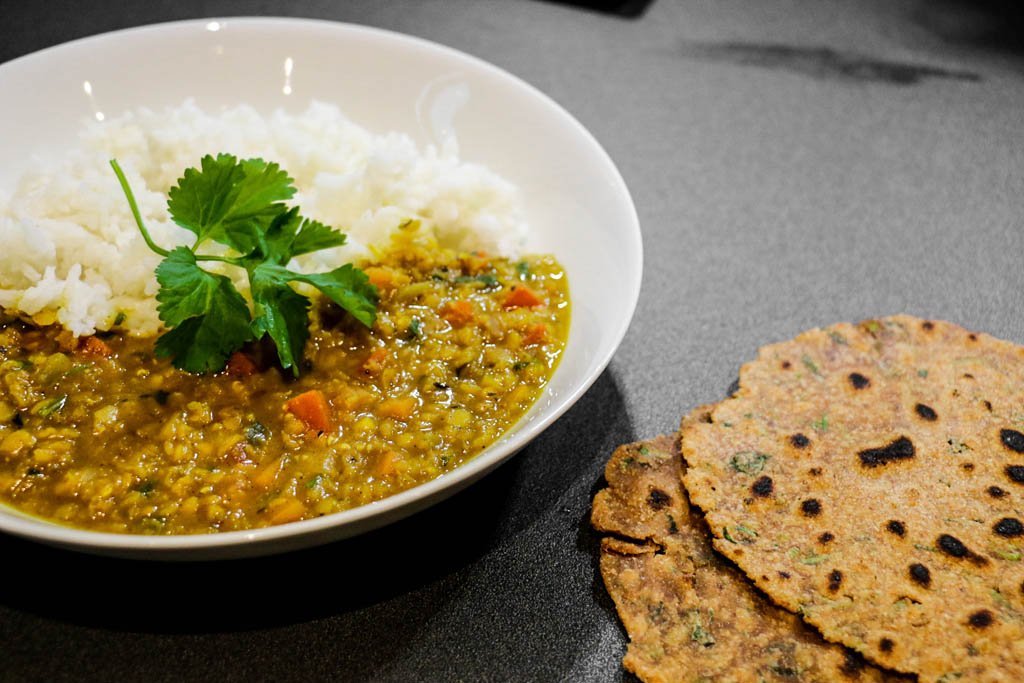 We’re gonna finish this list off with one of the most beloved foods of all: tacos. Synonymous with Mexican cuisine and culture, tacos are the perfect street food. Some would argue they’re the all-time greatest.

Of course, I’m not referring to the tacos you get from a fast-food joint. And this isn’t about the pre-packaged kits you pick up at your supermarket. Not that there’s anything wrong with that indulgence from time to time, it’s just that those options are so far removed from the real deal.

Sitting down to a plate of fresh-made tacos bursting with freshness is one of life’s great experiences. And even if you can’t make it to Mexico, recreating that vibe in your own home is easier than you might think.

Why are tacos so good?

Nearly all tacos start with a soft and warm, freshly-pressed tortilla. They’re simple enough to make at home but the store-bought kind will do in a pinch. From there, it’s all up to your imagination and the sky is the limit!

Sear chicken, pork or beef seasoned with spices like ground cumin and coriander, and top with fresh pico de gallo. Grill steak that’s been marinated in similar spices with a little orange juice, and finish with raw onions, cilantro and a squeeze of lime. Fry up a nice chunk of whitefish and complete the taco with crunchy cabbage and guacamole.

Tacos are also a great way to use up leftovers. Pork roast with a few spices and a bit of pineapple will make a decent version of the phenomenal tacos al pastor. 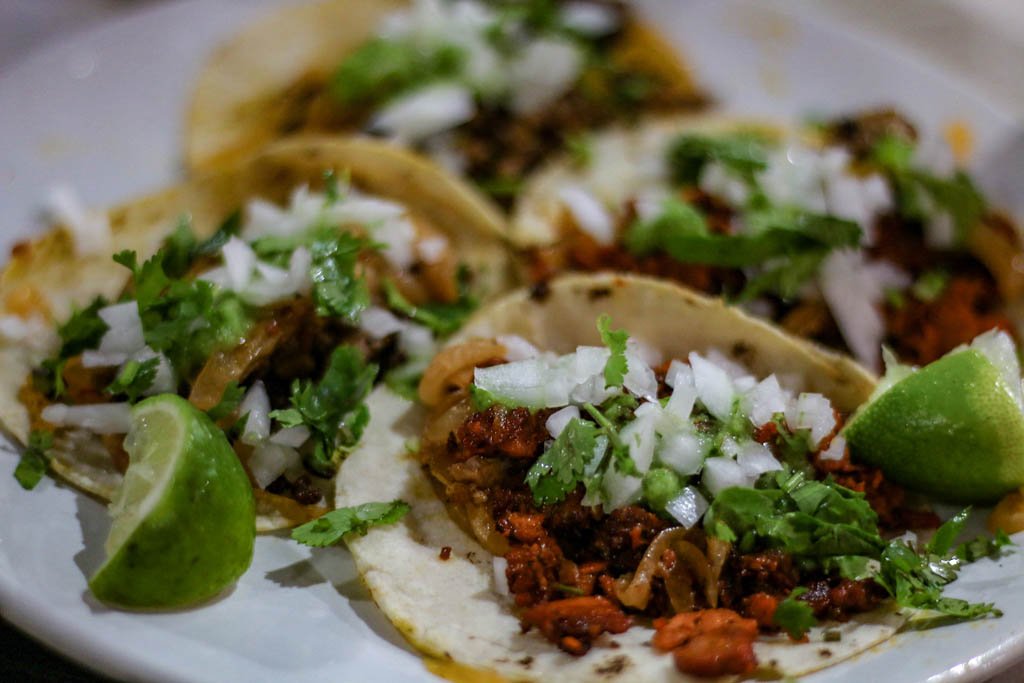 Cooking for yourself and friends, especially something unique or unfamiliar, is always an exciting and rewarding experience. Showcasing the cuisine of another culture elevates that feeling for everyone involved.

Whether you’re longing for the flavours of previous travels or are stuck at home looking to try something different, this is a great place to start. You now have a great new way to step up your kitchen game while exploring the world from the comfort of home.

For more inspiration on how to bring the world into your home, see our guide to armchair travel.

Love it? Pin it for later! 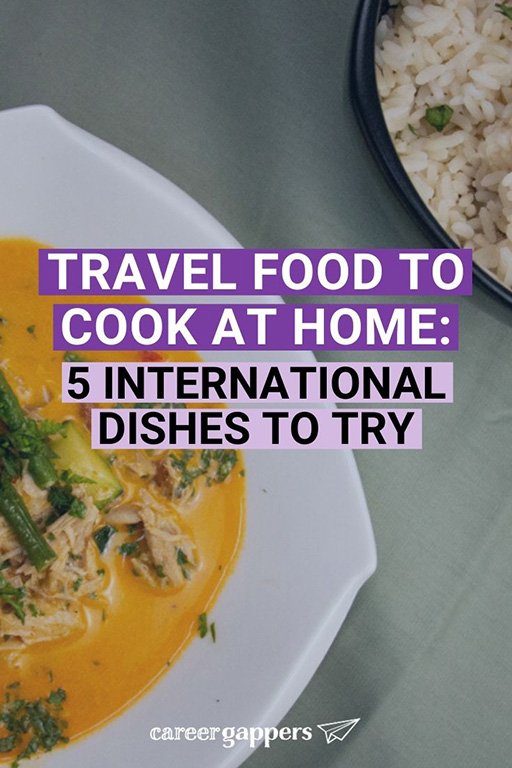 Mark and Kylee are two Canadian chefs who left the kitchen for a life of travel. They seek out unique adventures and exciting cuisines while exploring the lesser-visited destinations of the world. And in 2016 they started These Foreign Roads to share stories, travel guides and recipes from the road.

2 thoughts on “Travel food to cook at home: 5 international dishes to try”