Thailand has a reputation for being a cheap travel haven. If the various stories we heard before visiting had turned out to be true, we would have been able to live like royalty while barely denting our modest backpacking budget. 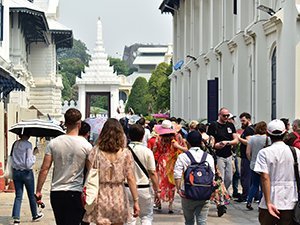 Private-room accommodation for a few dollars, beers for a few cents, street food for next to nothing, massages for loose change. The promise of this ahead helped to reduce our money worries in Australia over Christmas as we watched our bank balances plummet.

Since arriving in Thailand, however – and perhaps foreseeably – we have discovered that things aren’t as cheap as they used to be. Judging by the grumbling we’ve heard among some of the backpacking community, it seems that many people arrived here with similar preconceptions about cheap prices.

Thailand’s super-low-cost reputation may be a hangover from the early 2000s, when the country was recovering from the Asian economic crisis of 1997, and the tourism sector began its modern boom. It was never going to stay like that, but is that really a bad thing? While there are up and down sides to tourism of course, particularly with regard to sustainability – the economic boost in Thailand has helped to improve many people’s lives.

1.  Tourism in Thailand is at an all-time high

The main driver for Thailand’s rising prices is the continuous influx of new tourists, which is fuelling economic growth and creating more opportunities for local businesses.

According to official data from the country’s department of tourism, the number of foreigners visiting Thailand broke 35 million for the first time in 2017, nearly 3 million more than the previous year, and more than triple the 10.87 million visitors in 2002.

Inevitably, as more business comes through the door, the cost of visiting major attractions on the popular tourist route is creeping up. For example, the entrance fee to Bangkok’s Grand Palace has doubled from 250 baht to 500 baht in ten years. It’s also a lot more crowded these days, too.

2.  Poverty in Thailand is shrinking

This point relates to all the facts in this list, but it’s worth stating alone. In the last three decades, Thailand has made miraculous progress in alleviating poverty and improving living standards, albeit with a blip in the late 1990s during the economic crisis.

In the mid-1980s, before globalisation took hold in south-east Asia, two thirds of Thailand’s population lived below the poverty line (defined by the World Bank as $1.90 per day). A year ago, Oxfam reported that the figure had dropped to 10% of the population – a remarkable turnaround in three decades. 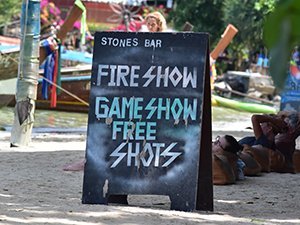 3.  Tax on booze and cigarettes is on the rise

Perhaps targeting the most popular indulgences of foreign visitors, in September 2017 the Thai government raised taxes further on alcohol and cigarettes.

While the impact of the change isn’t a huge one – the price a bottle of beer has risen by about 3 baht, and cigarette packets between 4 and 15 baht – this is the latest in a series of gradual tax rises over the last few years. In 2013 a similar move saw the price of a beer bottle rise by 3–7 baht.

This gradual creep in duty means that the cost of drinking and smoking in Thailand is considerably dearer than it was a decade ago.

4.  The Thai government is investing in the future

The burgeoning tourism sector and tax rises mean that the Thai government has greater funding at its disposal. With a highly positive economic outlook for 2018, it is ramping up its spending on infrastructure projects to support growth.

Besides tourism, Thailand’s economy today still heavily relies on manufacturing products for international brands (how often do you see “made in Thailand” on your gadgets?), but that may be set to change. In the longer term, Thailand is aiming to achieve developed-country status within 20 years, as part of a strategy unveiled in 2017.

The 20-year national strategy, dubbed “Thailand 4.0”, focuses on reducing wealth inequality, and advancing technology innovation, creativity, and research and development. If the plan is successful – and on current evidence it will be – the future visitor to Thailand might need to spend a bit more, but will find a modern nation that is competing on the world stage.

5.  The Thai baht is getting stronger and stronger

For the international visitor to Thailand, price rises over the years are even more noticeable due to the continuous strengthening of the Thai baht.

It’s a similar story with the US dollar and the Euro, albeit with a few more fluctuations. Foreign currencies just don’t go as far as they used to in Thailand.

There really isn’t too much for tourists to complain about anyhow – the cost of travelling in Thailand is still incredibly low.

The islands in the south are the most expensive part of the standard backpacking trail, and even there you can get a hostel for 250 baht a night, a dish in a local restaurant for as little as 50 baht, and a beer for 60 baht if you look hard enough.

In Bangkok it’s even cheaper (pad thai for 30 baht around Khao San Road!), and in the likes of Pai, Chiang Mai and Chiang Rai in the north it’s cheaper still. I write from Chiang Mai, where we are paying 120 baht each for a night’s accommodation, and that’s far from the cheapest available.

If that’s too expensive, then next-door Vietnam, Cambodia and Laos are cheaper destinations to travel. But like Thailand, and like everywhere, they won’t stay that way forever, and that’s a good thing.

Are you travelling to Thailand and concerned about the costs? Here are my tips for travelling Thailand on a budget. 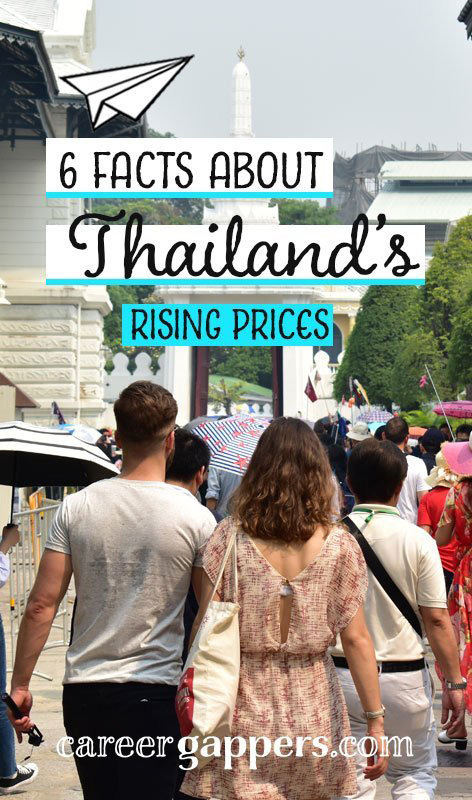