How travel taught me adaptability skills and strengthened my career

This series of articles focuses on the various career skills that can be developed through travel. In this instalment, Mikaela, founder of Voyageur Tripper, writes how her travel experiences have helped her to build adaptability skills that have been invaluable in the workplace.

I was sitting on a train, gazing out the window and reflecting on the previous month. I’d spent the last 20-something days travelling solo through Europe. It was my first time overseas on my own, and the journey was coming to an end. This train would take me to the Copenhagen airport, where I’d catch a plane back to Toronto.

“Excuse me, miss? May I see your passport?” Startled from my daydreaming, I turned to face a train attendant. Confused, I handed over my passport.

“And how long will you be in Sweden?”

SWEDEN? For the third time on this trip I had taken the wrong train. Instead of going south to the airport, I’d gone north to Malmo, Sweden. I was definitely going to miss my flight. 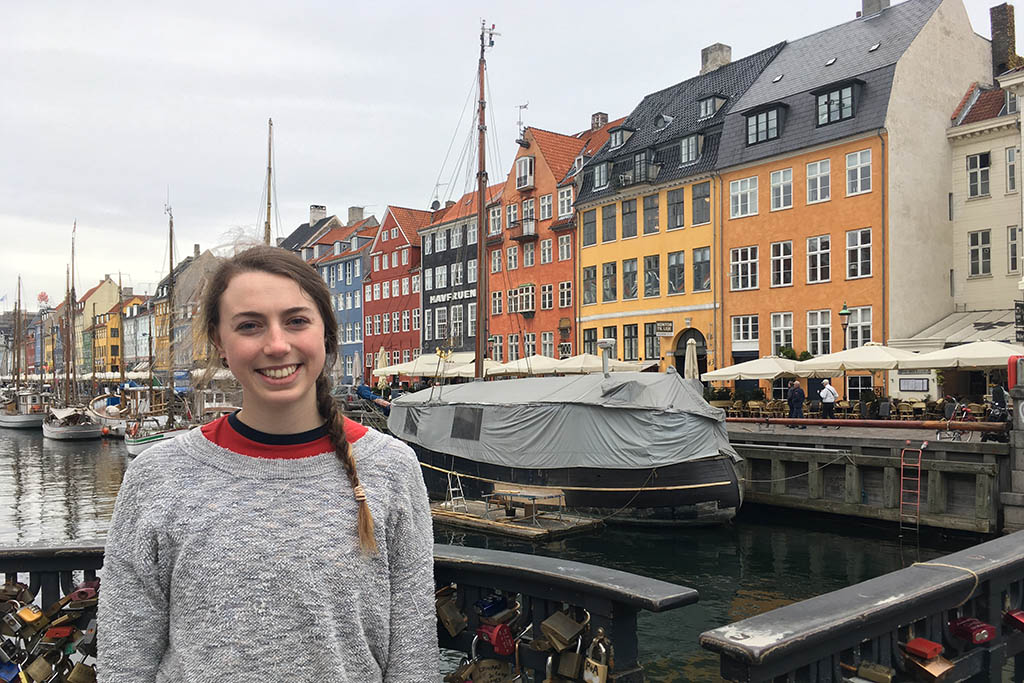 Travel unexpectedly prepared me for my first job

A little over a year after that train incident (I didn’t miss my flight), I started my first real job. I wore blazers and took the subway to work. I made PowerPoint presentations and met colleagues for coffee chats. I knew it was important to be organised and have good time management skills. And my job required strong analytical and communication skills. All of these were skills I learned in university.

But something I hadn’t known I would need was adaptability. And nothing in my formal education prepared me for it. Let’s be honest: university is fairly predictable.

So whenever work threw me a curve ball and I had to adapt, I wasn’t leaning on the lessons I learned in school. Instead, I was flexing muscles I developed while travelling.

A quick anecdote, if you will. When I was living in New Zealand (during the year between Europe and starting work), I had a plan to visit Milford Sound and Mount Cook / Aoraki National Park in a single weekend. Space had opened up to do a long overnight hike in Mount Cook / Aoraki National Park on Sunday, but I’d already booked a non-refundable tour in Milford Sound on Saturday. I mistakenly tried to do them both.

So at 8pm on Saturday night, my boyfriend and I began the four-hour drive from Milford Sound to Mount Cook. The first two hours of the drive were to be on a winding mountain highway through Fiordland National Park – which didn’t have cell service.

We were less than an hour from Milford Sound when my car broke down. With no way to contact anyone (or the group I was to be hiking with), we were forced to sleep in the car, hitchhike back to Milford Sound and call a tow truck. It took two days for the car to get fixed and my friends started the hike without me. 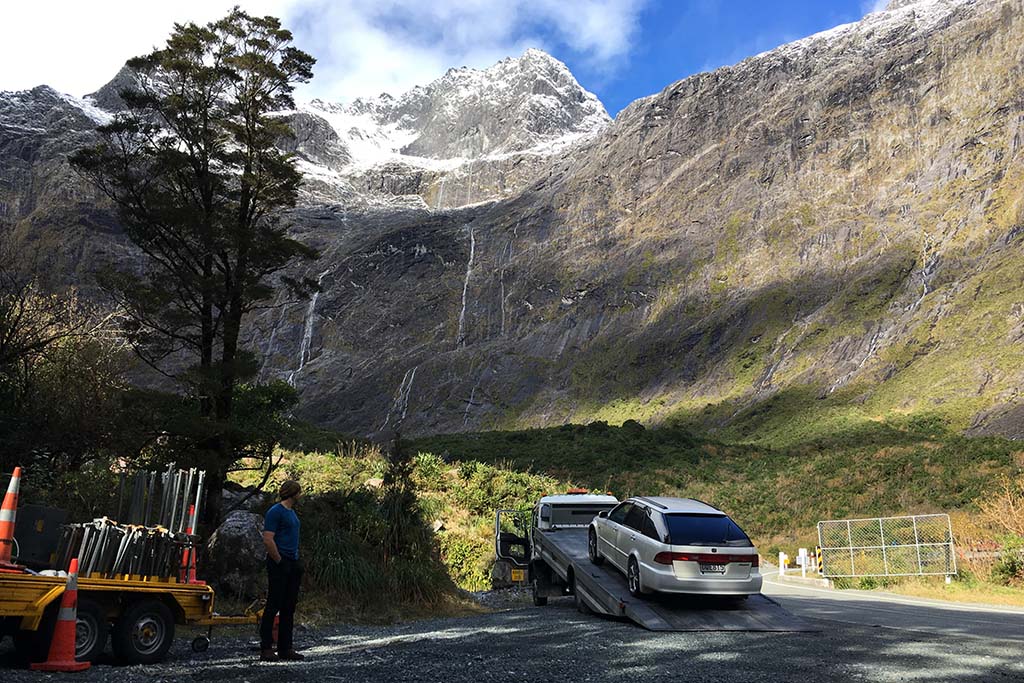 In that moment, there were a lot of things I couldn’t control. I couldn’t get the car to be unfixed. Nor could I force cell phone service into existence.

Instead, I focused on the things I could control: spending the night in the car, comfortably. Because we were supposed to be hiking, we already had sleeping bags, plenty of snacks and headlamps. In the morning we could devise a strategy for how to get out of this mess, but right now, all we could do was wait.

This mentality helps a lot at work too.

Sometimes you put together a killer pitch to a client, but they don’t have the budget so you don’t get the work. You did everything you could, but some things are out of your control.

Or you come up with an awesome idea for a new project, but your boss doesn’t like it. You can’t control their reaction to your ideas, but you can control the ideas you generate. So rather than getting upset about them not liking your ideas, get feedback from your boss and come up with even better ideas.

Travel taught me to focus on what I can control at work, and let go of what I can’t.

Now whenever things don’t go quite according to plan at work, I take a deep breath, identify all the things I can control, and focus on changing those specific things. The rest I ignore.

“The only way to make a situation better is to put one foot in front of the other.”

Adaptability is an attitude

Another example, if you will.

For several summers during university I worked as a canoe guide, leading campers on two- and four-week canoe trips.

These trips were in relatively remote parts of Canada. If something happened, help could be more than 24 hours away.

Being the trip leader, I was responsible for ensuring the campers were safe and content throughout the entire trip. A difficult task when faced with rapids, portages, bugs, thunderstorms, bears and more.

There was one particular day when nothing seemed to be going right. It was bloody hot. There were swarms of what seemed like a million mosquitos. Two of my campers rolled their ankle early in the day, ahead of a three-kilometre portage (for reference, anything over 800 metres is long in my mind).

With the two of them unable to carry anything heavy, I was forced to walk the portage two times, each with a canoe. So, six kilometres with a 70-pound canoe on my shoulders.

Walking the portage with my back aching, I was frustrated with how the day had materialised. I wanted to moan and complain and was feeling pretty darn negative for the first part.

But the thing about being in the wilderness, miles and miles from help, you quickly learn that complaining doesn’t do anything. The only way to make a situation better is to put one foot in front of the other. 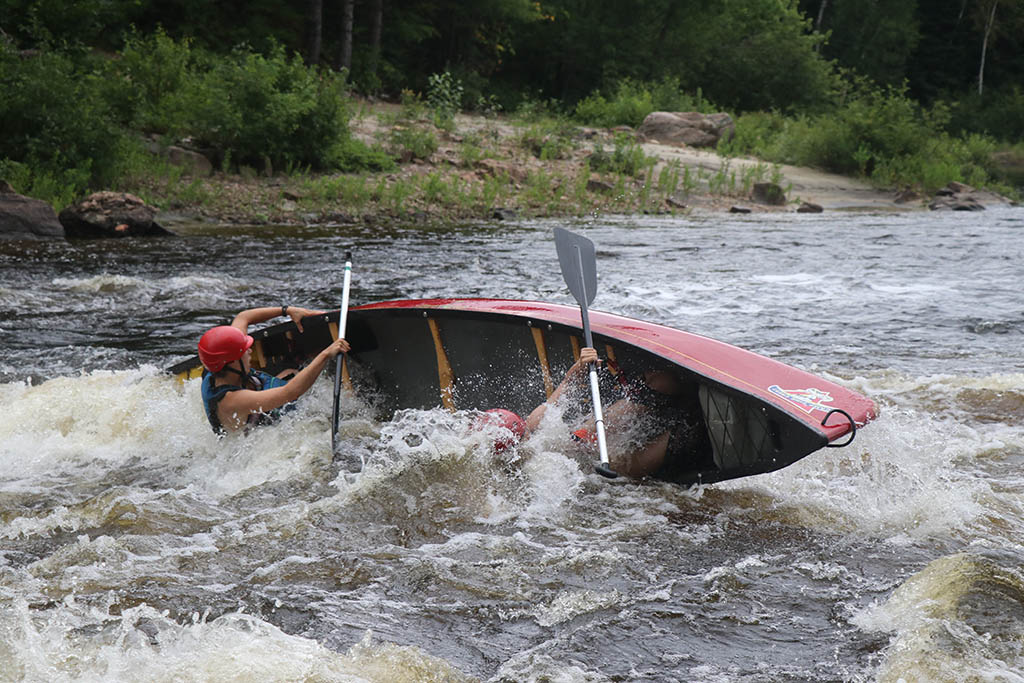 Travel taught me that adaptability is an attitude, an approach to putting one front in front of the other with positivity and ease.

Why consume energy complaining about something not going your way? Why waste precious mental space thinking about anything other than moving forward?

With adaptability skills come a degree of optimism and easygoingness, something I’ve learned to be quite valuable at work.

Having an attitude of adaptability means your co-workers around you know: “whatever gets thrown her way, she’ll figure it out and she’ll do it with positivity and ease.”

“Adaptability skills are a necessity while travelling, but a differentiator in the workplace.”

Adopting a mindset of adaptability

I’ve now been travelling and working for several years. One thing I’ve learned along the way is that it’s good to have a plan, but it’s even more important to be adaptable.

Things change. Outcomes are unexpected. Sometimes we get on the wrong train. But being adaptable is the only way to stay on course (and stay sane).

So the next time things go wrong at work, think to yourself: If I was travelling right now, what would my reaction be?

Adaptability skills are a necessity while travelling, but a differentiator in the workplace. Bring that attitude in with you and you’ll enjoy the work more, have an easier task managing your time, do better work and be more liked by your colleagues. 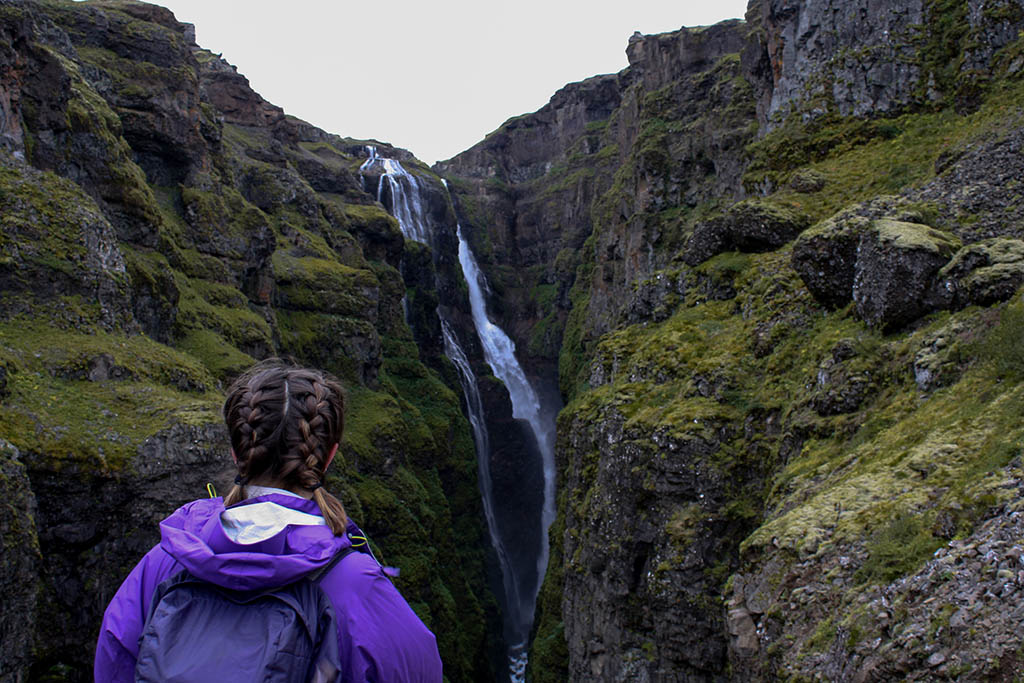 Have you learned adaptability skills from travel too? Let us know in the comments below. Do you have a story to tell about how travel has helped you develop other useful skills for your career? Please do get in touch – we’d love to share it with our community.

Pin it for later 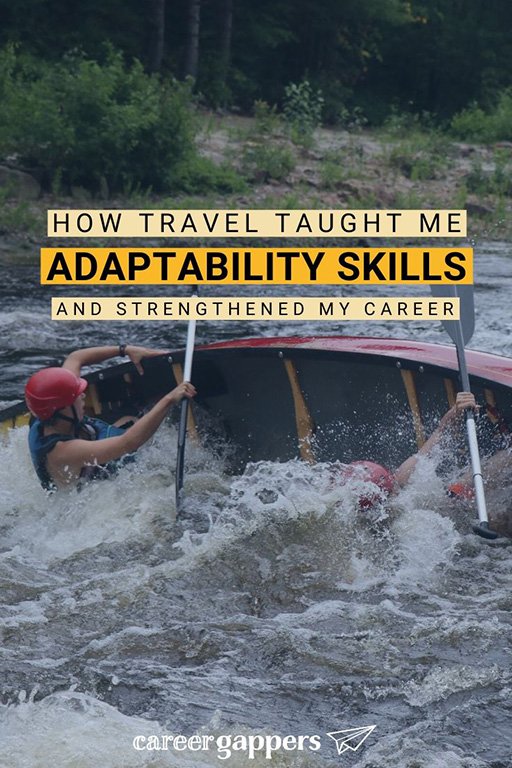 Mikaela is the voice behind Voyageur Tripper, a blog dedicated to outdoor adventure travel. Mikaela spent several seasons working as a hiking and canoeing guide throughout Canada. She now balances weekend adventuring with a full time job in professional services, and writes stories, resources and travel guides for her blog.